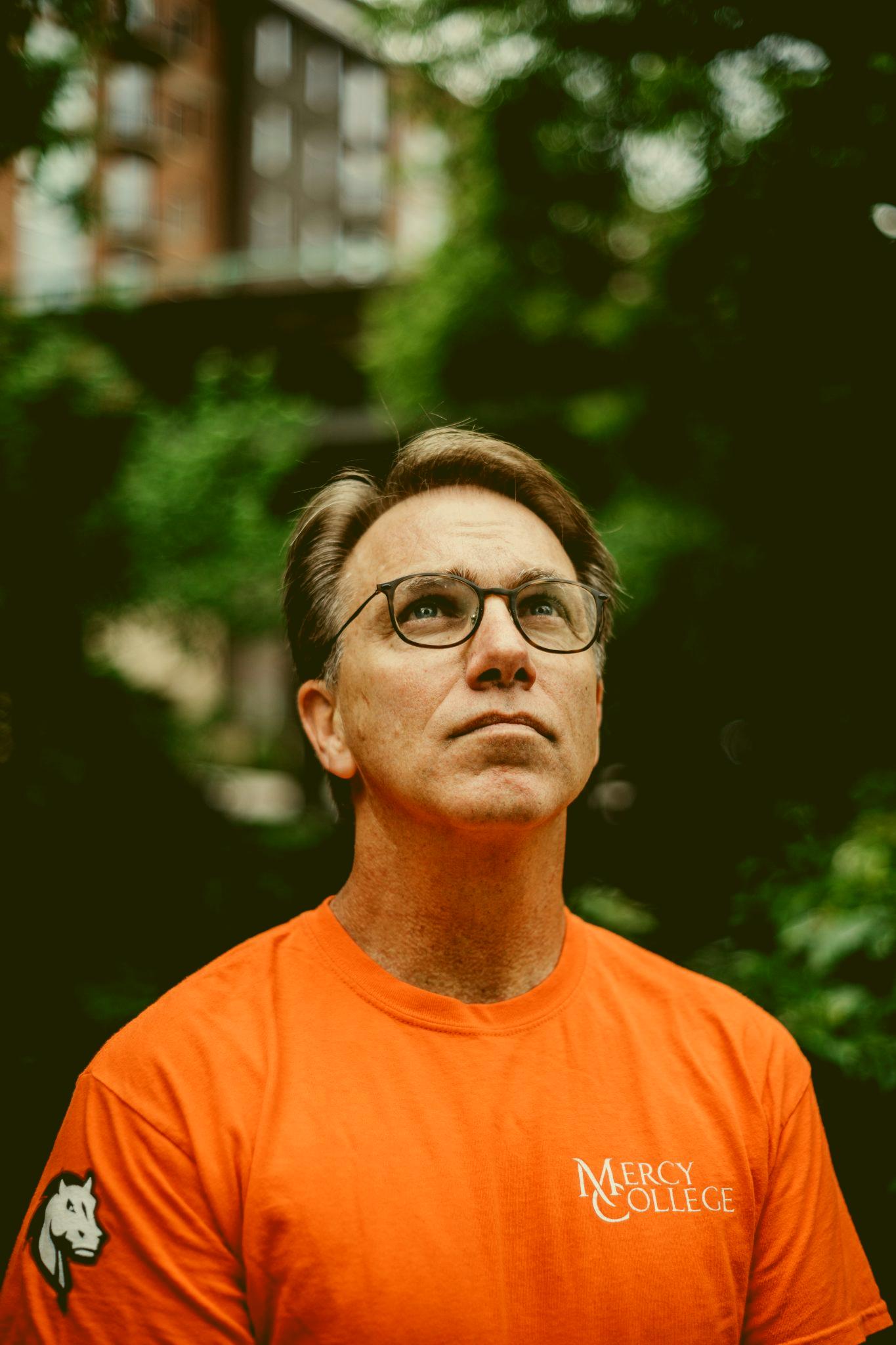 Look up…..a tribute to a friend.

By Dennis GillanOctober 1, 2021No Comments

Writer’s note:  Was cleaning out my computer and found this from 2015.  Could not bring myself to delete it, so I decided to put it here for safekeeping.  We lost George to cancer in November of 2014.  I originally called this piece “Look Up.”  Enjoy, and rest in peace all those who went too soon.

The passing of Mr. George Fee recently hit me hard, and in a manner that caught me off guard. You see George and I were not great friends. We went to the same high school together, but we were in different grades. With that separation comes different classes, different teachers, and often different friends. But George and I shared a passion together in the 80’s and that was the sport of lacrosse, and in the spring of 1981, we were on the same varsity team at the prestigious Nyack High School. Prestigious in the manner that if you lived in a certain zip code, completed eighth grade, and could find the actual building on the corner of 5th and Midland, you were in! In 1981 I was a senior and George was a junior. I played midfield and George played attack. I was righty and George was lefty—-all of this will come into play later. We were teammates and for guys that is good enough to last a lifetime.

One particular game comes to mind and this game would bond George and me together for all time, or as long as we both could remember, whichever came first. We were playing the highly touted Indians of Sewanhaka High School at home and for you trivia buffs, Sewanhaka is an Indian term meaning “we will kill you in lacrosse.”  They were ranked and we were not. They were from ground zero in lacrosse land, Long Island, and we were the best team from that county across from Westchester…. you know where Yorktown plays, ok on the other side of the river from there.

But on this day God was a Nyack Indian fan because he ordered up some of the lousiest weather the Hudson Valley could deliver. Rain and lots of it and it was hitting a field used from everything from band practice to gym class, to festival day, and everything in between. There was grass, but only on the edges, and thankfully for the home team, lacrosse is rarely played on the edges.

I will spare you the play by play, but we are hanging tough and giving Sewanhaka all we’ve got, and it surprised us more than them. One time on defense I am covering my guy at the top of the restraining box. That is lax lingo for up top, and the ball was behind the cage.  This required me to turn my head from time to time in case I had to slide from my position and help my defending teammate out. Well, the guy I was covering was watching me settle into a rhythm of sorts.  I would check him, and then turn my head and check behind me, and then come back to make sure he was still there. This kid was well coached and on one occasion just as I turned my head to look behind me, he cut to the goal and the attackman saw him open. Before I could react, the attackman threw him the ball and he scored. Oh, but I learned a valuable lesson, a lesson I would use later in this game.

Players came in and out of the game and towards the end of the game I found myself on the field with George and we were on offense. We swing the ball behind the cage and George ends up with it and he is driving to his left side. Remember he is a lefty, and I am at the top of box watching the attack try to make something happen while I get a breather on offense. While catching my breath I also catch my defender getting into a rhythm of watching me and then turning his head to check on the ball. He watches me and turns his head, back to me, turns his head, back to me. On one occasion he turns his head and using the lesson I learned just three quarters ago, I take off towards the goal. It is the break I was looking for to quote Lynyrd Skynyrd. George now has the ball and is driving the left side with his dominant hand. My cut is perfect because it places the stick in my dominant hand, all I need now is for George to look up. As I am sprinting towards the goal, I can see that George does not see me, and I am telekinetically yelling for him to look up. George, look up, look up LOOK UP, LOOK UP, LOOK UP, LOOK UP. I am mentally screaming to George and frantically waving my stick as to not attract the attention of the other defenders as I am cutting wide open except for a defender two steps behind me and closing fast. Please George, look up!!!  LOOK UP! Miraculously, at the last possible second George looks up and tosses me the ball. I dropped it and we lost the game by one. No! Oh, ye of little faith. George hit me perfectly on a dead run, stick side and I caught it and turned, and I put the ball to the lower right of the goalie and miraculously it found the back of the net. GOAL, Nyack Indians baby! I run to George and do that guy celebration thing complete with the traditional pat on the butt. But the game is not over, and we slow the pace down and hold on to win by a score of 16-13. I can take you to the spot on the field where it happened 34 years later. George Fee and I would be connected for eternity by that play, and it would be a memory we would share forever. That is until I got the word that George had passed.

This is where his passing hit me hard. George, as I stated earlier, is younger than me. He left this world out of order. In a perfect world first, the older folks die and then the younger folks, all in a chronological line. No burying children, and we all live to a ripe old age. When we are ready, God takes us by the hand and our old, dilapidated bodies are restored in heaven. That is how I thought it was supposed to work. No, that’s how I want it to work.  But that was not the case here and cancer made George go in peace, but way out of order.

Living far from where you grew up has its downsides at times like this. I am often not able to travel back home for key events like weddings, birthdays, and unfortunately funerals. I would like to live closer to home to say goodbye to people like George and console the family. On those days when I tend to think about relationships that are no more and I miss my hometown, I catch myself walking around with my head down. When this happens in the future, it will be my old friend George’s turn to tell me from heaven to look up. Dennis, look up!